A lot of you, especially if you are a regular reader of this blog, may know Amitabha Buddha, Sakyamuni Buddha / Shakyamuni Buddha, and Medicine Buddha. But not many will know Dipankara Buddha (also spelled as Dipamkara Buddha), however, serious students will most likely have an inkling as to which Buddha Dipankara is and or at the very least would have read about Him in some of the sutras. In fact, if you follow one of my suggestions to recite – a – sutra, especially “The Diamond of Perfect Wisdom Sutra” (also called The Diamond Sutra, The Vajra Cutter Perfection of Wisdom Sutra, The Vajra Sutra, The Vajra Cutter Sutra) mentions Buddha Dipankara several times. In the said sutra, Buddha Sakyamuni told his followers that Dipankara Buddha was His teacher in a previous life.

Buddha Dipankara is a very powerful protector, and is considered as the patron protector Buddha for sailors. According to my Guru Lama, Dipamkara Buddha is also the patron protector Buddha of all seamen and sea women. Practically anybody who works on a ship or in the sea. You have to note that during early times major traders or major trading involves sailor and the sea, thus Buddha Dipankara is considered as a powerful wealth enhancing and wealth protecting Buddha. Not only will he protect your wealth, but he will also help enhance your wealth luck.

But who is Dipankara Buddha? 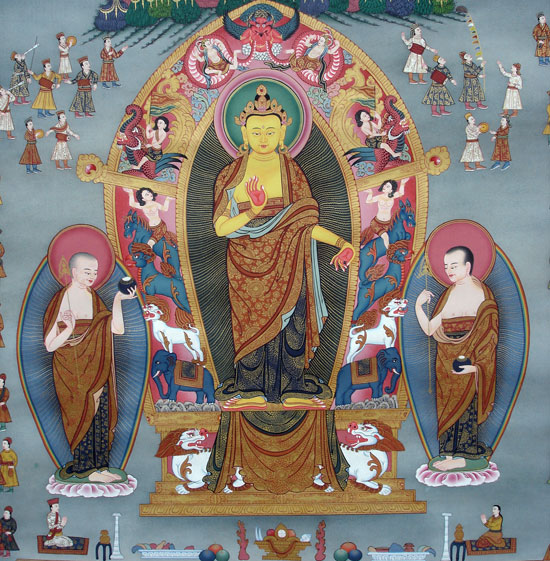 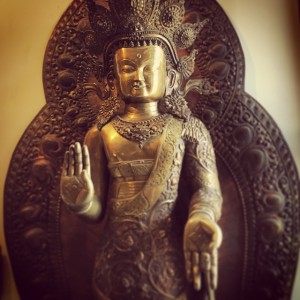 In Buddhism, it is estimated that Dipankara Buddha lives on Earth about one hundred thousand years ago. While there no archeological proof of Buddha Dipankara’s existence, he was prominently mentioned by Shakyamuni Buddha himself in several of the sutras.

Dipankara means “Lamp Bearer”, and he was accorded this name because he was the one who showed and predicted that Sakyamuni Buddha is going to be a Buddha, and this happened even before Sakyamuni Buddha was born in his latest physical body as Siddhartha Gautama.

Both Dipankara Bodhisattva and Vajrapani Bodhisattva have very similar qualities that they usually go together. In fact, in making with what is regarded as the most powerful amulet in the Buddhist pantheon, the Vajrapani Ruel, the high-ranking monks usually also call on Buddha Dipankara (this was shared with me by my Guru Lama). 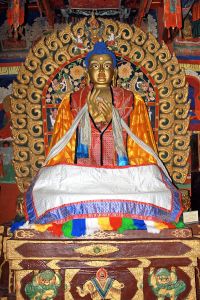 The secondary depiction of Buddha Dipamkara is with Buddha Sakyamuni (Buddha Shakyamuni) and Buddha Maitreya. This is to represent their stature as the Buddha of the Three Times.

One of the greatest manifestation of Buddha Dipankara is when he predicted the enlightenment of Buddha Sakyamuni, furthermore, it is said that he also predicted that Mahakasyapa and Ananda would be Shakyamuni Buddha’s acolytes.

To be able to tap into the power or energies of Buddha Dipankara, you can wear his image, prominently display his image in your home or office, and more importantly honor him by chanting Namo Rándēng Fo or Namo Dipankara Buddha. Do it 108x under deep meditation.

According to my Guru Lama, chanting the Namo Rándēng Fo and Om Vajrapani Hum while holding the Vajrapani Ruel will make the ruel more powerful.