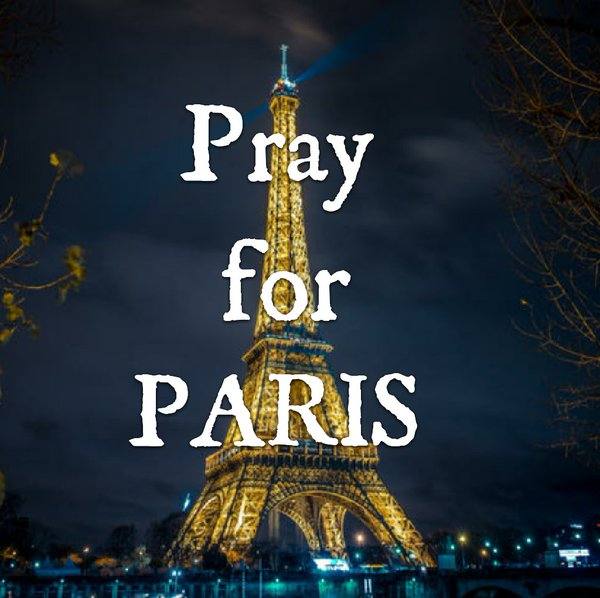 When I checked my phone this morning, the very first thing I saw was an sms from a good friend telling me to turn on the TV and watch the news. His text message says Paris is under attack!

When I turned on the TV alternating between BBC, CNN and AL JAZEERA, I saw what most people would have known by now, that there was several attacks made in Paris and that there’s an hostage crisis in Bataclan Concert Hall (they sometimes call it Bataclan Theatre).

I shall not go into details about it simply because as of now most of the reports are still hazy and I will leave that to the professionals to do the reporting.

But what I would like to talk about is that I read in the news that #PrayForParis trended on Facebook, Twitter, and Instagram. It is really heartening to see people form all over the world expressing their solidarity to this attack, an attack that President Barack Obama who has extended his sympathy and support not only to President Hollande but to the rest of French people, says is not just an attack against France but also an attack against humanity.

However, I do hope that most people would have really prayed for Paris and not just put it on the social networking sites for it to trend. Our prayers no matter how simple would make a difference. But let us not just simply pray for the people who died or who were hurt, let us also pray for people who lost their families, children who upon waking up on Saturday would have found out that their parent/s have died in the attack or parents who lost a child or people who lost a sibling, a friend. Let us also pray for those who were involve in the rescue operations, for those who are involve in the investigation, but more importantly also those who terrorists who killed all those people. They need as much if not more prayers.

For Buddhists you can chant the following:

Chant as many as you can.

I intentionally wrote 3 different posts about Kuan Yin (also spelled as Guan Yin, Quan Yin, Kwan Yin, Gwan Yin), because there is simply a lot to write about Kuan Yin. The first post is KUAN YIN: THE ONE WHO HEARS THE CRIES OF THE WORLD. The second post is UNDERSTANDING MERCY AND COMPASSION: THE TRANSFORMATION OF AVALOKITESVARA TO KUAN YIN.

Kuan Yin is also called ‘The Goddess of Mercy’, ‘Buddha of Compassion’, ‘Bodhisattva of Compassion’, ‘Guan Shi Yin’, ‘Kannon’ in Japan, ‘Avalokitesvara’ also spelled as Avalokiteshvara, ‘Chenrezig’, ‘Guanzizai’ are just some of the way she’s addressed.

However, allow me to share a few ways of paying homage to Kuan Yin. One way of paying homage to Kuan Yin is by inviting her into our house. It’s important that her image is placed on a ‘good’ spot. If possible, place her near the entrance, but do not put her in the kitchen, dining room, restroom and bedroom of married couples. Inviting her image to our home or office creates a lot of merit, and by simply having her image around us makes us closer to Kuan Yin.

You can also offer incense, clean water, flowers, fruits; lighted candles is also a very auspicious way of paying homage to the Bodhisattva of Compassion.

Wearing her image as pendant either in gold or a semi-precious stone like jade  is also a way of paying homage to Kuan Yin. It also gives us a visual representation of our ‘relationship’ to Kuan Yin that it helps us to become closer to the Bodhisattva.

My own Kuan Yin pendant has her sutra and other prayers written on the back. Any image of Kuan Yin will do, however, if you can get something that’s similar to my pendant the better. The bigger one has the shortest sutra in the world, the Heart Sutra that is largely associated with Kuan Yin. The smaller pendant has the White Robed Kuan Yin prayer. In Buddhism wearing or carrying sutras and prayers brings the same effect as if you saying it yourself. It has an effect of you continuously saying the sutra or prayer. You can also get a miniature Heart Sutra and carry it with your body, aside from being an homage to the Kuan Yin this serves as an instrument of your continues blessing from Kuan Yin. 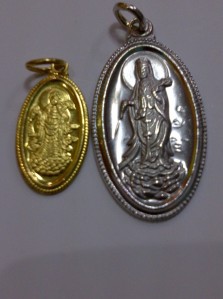 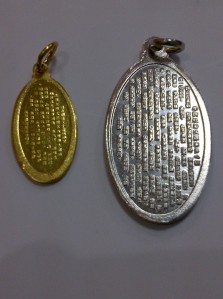 Still another way of paying homage to Kuan Yin is by ‘sharing’ her with other people. Talking to people about Kuan Yin is one way of homage to Kuan Yin. You can do this orally or you can do this in written format. In the age of internet, this had become easier, because simply writing about her on your blog, or Facebook or Twitter account a lot of people get to know more about her. You can also buy several copies of the Heart Sutra or several of her images and share it to your friends and/or even strangers; it’s another way of paying homage to her.

Reciting or chanting the mantra of Kuan Yin or Avalokitesvara is not only an act of homage, but it gives us a lot of merit from Kuan Yin. If you’re facing a big problem, recite her mantra and she will immediately come to your aid.

The Mantra of the Buddha of Compassion, Kuan Yin is OM MANI PADME HUM.

If you want to know more about Kuan Yin do read my first two posts about her. The first one is KUAN YIN: THE ONE WHO HEARS THE CRIES OF THE WORLD and the second one is UNDERSTANDING MERCY AND COMPASSION: THE TRANSFORMATION OF AVALOKITESVARA TO KUAN YIN.

Symbolic Script of the Mantra of the Buddha of Compassion