I am a believer of the power of amulets; needless to say my favorites are the very powerful Vajrapani Ruel(1) and Surangama Mantra Amulet(1). The numerous personal testimonies found on this blog is testament as to how powerful wearing amulets are, especially the Vajrapani Ruel(2) which has showered a lot of people who has requested it with tremendous wealth luck, money luck, and financial luck. Wearing an amulet is like carrying an extension of a Buddha or Bodhisattva’s energies. However, the sad truth is not everyone will be able to avail of a powerful amulet. But of course, there are other ways of tapping into the power or energy of a Buddha or Bodhisattva.

In the past, I have written a lot about the importance and benefits of chanting a mantra, and a lot of you (my readers) has emailed me or texted me or personally shared with me the testimonials of how chanting a mantra has helped in your personal life or even in your career.

Chanting a mantra, for me, is one of the most powerful ways to connect and tap into the energies of the Buddhas or Bodhisattvas. Some people might say it is not as effective as having to wear an amulet like the Surangama Mantra Amulet(2) or Vajrapani Ruel(3). Well, there is truth to this, but I believe in some ways, chanting a mantra may be even more effective if we are able to chant it under deep meditation. How deep? To the level that you are no longer conscious of you’re surrounding. If we are to chant in that level of deepness, I would say it is even more effective than wearing an amulet. But whether we are able to chant it deeply or not, it is bound to have some effect, and we will definitely feel its power.

However, today I would also like to add and discuss the importance of reciting a sutra. 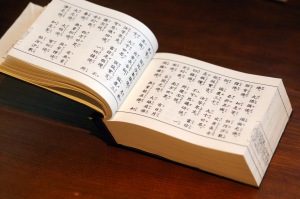 A sutra or sutras are Buddhist teachings, usually ones that has been personally taught by Shakyamuni Buddha when He still have a physical body. Although, there are some sutras that was taught by different patriarchs. One of the most famous one is the 6th Patriarch Hui Neng. His sutra is called THE PLATFORM SUTRA OF THE SIXTH PATRIARCH. On my future posts I will discuss more about the sutra of the patriarchs. But for now let us focus on the sutra of the Buddha Shakyamuni.

I have mentioned before that mantras are powerful words lefts to us by the Buddha himself for us to chant to evoke some power. These mantras are usually found within a sutra. And as mentioned a sutra is a teaching taught by Shakyamuni (also spelled as Sakyamuni) Buddha. In effect, even when it has undergone a translation, it is still considered the very words of the Buddha.

Basically, a sutra is a teaching of the Buddha, and while the Christians and Muslims has the Bible and Koran (respectively), which is a compilation of different ‘books’, in Buddhism the sutras are not compiled. But there are a lot of different sutras.

As I said, a sutra is the Buddha’s teaching, within them are found the different mantras. But more than that, simply reciting (reading it loudly) carries a lot of blessings with it. As to what type of blessings it carries depends on the sutra being read, and these blessings are usually mentioned within the sutra itself. So reading a sutra doesn’t only bring about knowledge about Buddhism, but it also brings about blessings and this is another form to tap into the power or energies of the Buddha or Bodhisattvas.

But there are important things that one should remember when you got hold of a sutra. They are the following:

In my next posts, I will share with you some of the sutra that I regularly read. Some of them I have written about in the past but it is worth writing about them again.

But for now, remember that while the Vajrapani Ruel(4) or the Surangama Mantra Amulet(3) are powerful amulets, there are other ways of tapping into the energy of the Buddha or a Bodhisattva.

Will have a generally good year. It is also a year where in scholastic pursuit or scholastic approach to things will help you reap success and wealth. You’re also flank by the Flying Star #9 meaning what you sow is what you will also reap. Do more good things and you will also be rewarded with more blessing.

Money or wealth luck will be smooth but you have to more open to advice coming from your family. Do not dupe yourself into thinking that you know everything.

Romance luck may be good for single dragons; however, those who are partnered should safeguard themselves from a possible third party. Whether you’re a single dragon or a married or partner dragon you should be thankful for the presence Crimson Chamber Star, as indicated by the Purple Flower Star Astrology, because this star will enhance the positive effects of the Romance Star but at the same time it will help safe guard the relationship of the dragons who are already in a relationship.

You are also partially affected by the Argumentative Star thus it will be good to take control of your temper.

The 37, 63 and 71 years old Dragon should be careful with their health.

The Tai Suey is also in the same sector of the sector of your life palace. You’ll have to be careful not to offend the Tai Suey.

Wear an image of the 3-legged toad or of the Yellow Dzambhala to enhance your wealth luck.

For single dragons wear a pair of mandarin ducks or the symbol of double happiness pendant.

Wear the Ksitigarbha Fireball as a pendant.

This is a sample of a Medicine Buddha pendant. This is similar to the one released by Lillian Too. Photo lifted in Google images.

Wear a Piyao either as a bracelet or as a pendant to appease the Tai Suey.

Wear the Lung – Ta (also known as the Wind Horse) to avoid the slight bump brought about by the two clashing pillars of the year. You don’t need this if you have the complete elements in your Bazi. But wearing one won’t do any harm but it will continue to bless you with continued success. This is especially true for people born in the year of the RAT, TIGER, DRAGON, SNAKE, SHEEP/GOAT, MONKEY, ROOSTER, and PIG.

Since the Five Yellow Star is in the Center this year. It is also advisable that all of us safeguard ourselves from this star. We don’t know when we’re going to be in the center of a house, or building, etc. It is advisable for all us to wear the Five Element Pagoda.

Will have to remember that you have a turbulent but potentially a good year. The stars are in your favor, however, the presence of the Tai Suey in your life palace will have to be taken care. You do this by sincerely being good and nice. You can also avoid the wrath of the Tai Suey by carrying or wearing an image of the Piyao (also spelled or called Pi Yao, Pixiu, Pi Xiu).

Also, some of the Snakes had very financially rewarding 2012. However, most of these are indirect wealth in the sense that they had this because of the big help or big influence of other people. You might still have that, however, the Snake that forgot and become swell headed will see themselves taking a financial dip this year. That is simply the law of Karma working as indicated by the future blessing’s star.

All snake should be careful with their health and do watch out for possible accidents.

The Purple Flower Star Astrology or Purple Star Astrology also indicates that you have the Hidden Death Star. Despite of the name of the star, the star no effect on death, however, it has something to do with your family relationship. This star might lead to frequent arguments. Also, if you’re a married snake and are living with your in-laws, remember that you have to be humble in your manner in dealing with them. You have to be careful also because you have the potential to get into infidelity, worse you might set your eyes with one of your in-laws. Remember that this is a disgraceful act!!!

Again, for the Snake born in 1965, you will have the tendency to have a big fight with an Ox born in 1973. Without generalizing, the stars indicate that most likely it’s the Snake who is at fault. Remember that the Ox is only defending his/her family.

Piyao worn as a bracelet or pendant. 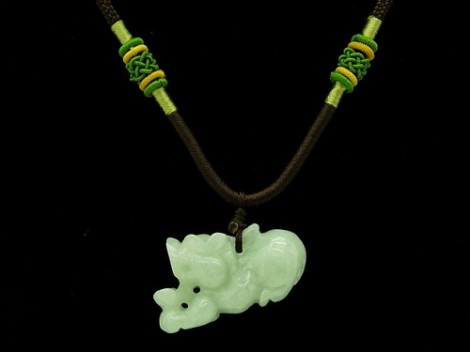 Always get a Pi Yao pendant that has an active stance.

Wear an image of Kuan Yin or Green Tara or Ji Gong to help you remain humble. Wearing a prayer wheel pendant, and putting several prayer wheels in your office, room, and home will also help.

This is a jade Ji Gong pendant. It’s very similar to the one that I have.

Wear or carry the Ksitigarbha Fireball.

Wear a jade Wulou or an image of the Medicine Buddha with mantra as a pendant.

Wear a Kalachakra to protect you from the Hidden Death Star.

Wear the Lung – Ta (also known as the Wind Horse) to avoid the slight bump brought about by the two clashing pillars of the year. You don’t need this if you have the complete elements in your Bazi. But wearing one won’t do any harm but it will continue to bless you with continued success. This is especially true for people born in the year of the RAT, TIGER, DRAGON, SNAKE, SHEEP/GOAT, MONKEY, ROOSTER, and PIG.

Since the Five Yellow Star is in the Center this year. It is also advisable that all of us safeguard ourselves from this star. We don’t know when we’re going to be in the center of a house, or building, etc. It is advisable for all us to wear the Five Element Pagoda.

TO HAVE A BETTER UNDERSTANDING OF THE 2013 FORECAST, PLEASE READ THE OTHER RELATED POSTS:

If you wish to know more about the following Buddhas, Bodhisattavs. Cures or Enhancers mentioned in this post. Please just click on the link. Thanks.