The title of my blog today is written on a personal note because this is a personal story. 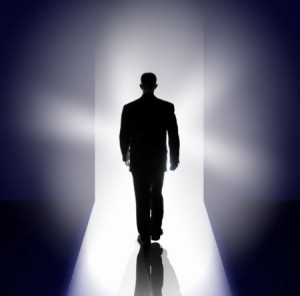 But before anything else, I just want to clarify that I don’t want to impose this belief and I’m simply sharing it for sentimental reasons.

I’ve written this blog for quite some time now and I’m not really sure why I haven’t posted this, and why I have decided to post it today, I also don’t know. This post is quite personal, because it is a story about what I went through and about my father. As some of you may have notice, I do avoid being too personal on this blog, especially if I write about Feng Shui or Taoism or Buddhism, but today, I do go deeply personal. As I said, I’ve written this blog for quite some time now, in fact, I wrote this when we celebrated by Father’s death anniversary, which was early April. So it has been about 2 months now. At that time, I decided against posting it because I wanted the story for myself, I felt that it’s something that’s between me and my Dad who has passed away. The truth is it took me several years before I decided to share what happened with my mother, siblings, and my best friend. I really haven’t shared this with anybody outside my family and my best friend, but today I’m sharing it for reasons that I still can’t fathom. I just hope that it reassures some people who might be going through the pain of losing a love one that there is life after death.

As a Taoist – Buddhist, I believe that there is life after death, literally, because of reincarnation. However, is there life between this life and our next life? Again, in Buddhism, it is said that our consciousness never dies and we bring this when we are in between lives. However, the next question is there any proof that there is life in between our lives? You ask me now and my answer would be a definite yes. But there was a time in my life when I wasn’t so sure about it.

Several years’ back, at a time when I still don’t really focus too much on Feng Shui and/or my religious belief. It is something that’s there but not something that I really focus on too much. But life has its own way of teaching us a lesson.

There was one point in my life when I was really down. It seems like I really don’t know what to do, and worst, the company I’m working for at that time was closing down and worst, since I held one of the unit top-level position at that time, I was responsible for some people. These people are not getting paid because the company declared bankruptcy, and given that I was their immediate boss and I was the one who hired them, I took a lot of self inflicted blame as well as blame from my staffs. They were unsure about their future, worst, they were unsure whether they’re going to get paid or not. Of course, I was unsure of my future, and unsure whether I was going to get paid or not. But needless to say, my personal feelings should take a back seat and try to pacify my staff. Furthermore, I just recently approved the purchase of several products that we have to use for our company, again, needless to say, the suppliers are not going to get paid and they were chasing after me. They know that technically speaking I don’t have the responsibility to pay them, but they seem to have taken the belief that if they pressure me I might pay them out of my own pocket, or that I may be able to pressure the company I’m working for to pay them.

It was one of the lowest points of my life, and I really don’t know what to do. I know that personally I can go back to our family business, but the prospect of doing that is simply not very appealing because our family business is something that doesn’t interest me. Furthermore, a lot of my staff is my friends and seeing them worry about their future affects me, because I somehow feel that I was the one who pulled them to work for the said company.

As mentioned, it was one of the lowest points of my life. My future is bleak and I really don’t know what to do next. Every night I will have a hard time going to sleep because of my problems, and I would always seem to sleep light only. All the problems and sleepless night was starting to affect me physically and I started getting sick.

Then one night, I dreamt that my father who passed away 4 years earlier visited me, sat on my bed, embraced me and assured me that everything will be fine. I woke up, but I continue to feel my father’s embrace and can totally feel his presence inside my room. The presence was so real that I didn’t even doubt that that he was there. I also felt a very comforting, calming energy surrounds me, and I knew then that things will be fine.

Slowly, his presence started to ‘leave’, that’s when I notice that I’ve been crying. I’m not sure whether I’ve been crying in my sleep or started to cry when I felt his presence, but my pillow was wet with tears. I also know that it’s my father and not some random spirit because I can totally feel him. Christians would normally say that this kind of phenomenon is works of the devil. I totally disagree with that because I was totally at peace and calm, there was not even an ounce of fear. It simply can’t be a work of the devil.

I think that was the closest I was to my father, and it happened 4 years after his death. My father and I were never really close, and I think in so many ways he’s disappointed me, especially I pursued something that he doesn’t understand. He can’t seem to understand also why I would rather start somewhere else than be in our business. When he was still alive we argue a lot, but that visit made me realize how much he loves me. Ironically, I was closer to him in ‘death’ that when he was alive. But more than anything else, whenever, I’m feeling sad or troubled, all I have to do is recall that evening of his visit and I know that everything will be fine.

I believe there’s life after death. I’m happy and lucky that I do.