Although I have always known about the Vajrapani Ruel, it is only when it was made available thru my Guru Lama that I’m totally beginning to understand it’s tremendous miraculous power that it can bestow to whoever has it. What’s even more surprising it the relatively very fast effect on SOME (and I would like to stress on the word some) of those who was able to avail of the Vajrapani Ruel.

EL a 47 – year – old single mother who works, as a real estate sales agent is a long time reader of the blog. She has 2 sons, one is a graduating student and is in his early 20s, and the other is a 19 – year –old college student. According to EL, the only tragedy that she considers in her life was when she lost her husband 11 years ago, and as a result she really had to work hard and act as both father and mother to her children. However, she said her children are really nice, they’re what everybody mother dreams of, sure they might be a little naughty at times, but generally speaking they’re good children and has not given her any problems. 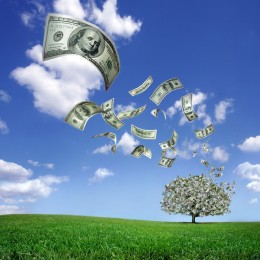 However, middle of last year her second son simply wanting to have fun, misjudged his decision, he borrowed his friend’s brand new car and decided to drive around the village. He lost control of the car, and got into an accident. Both his friend’s car and the car of the other party got serious damaged. Several people were hurt, most of them required being hospitalized, and EL’s son sustained the worst injury.

As a settlement for his son’s mistake, they ended up shouldering all the hospital bills of those who were involved, and also expenses incurred for the repair of the cars. This is another dark time in EL’s life, because they weren’t even sure whether her son will be able to walk again and she had to pay for a lot of bills, not to mention the medical bills of her son especially he has to go thru rehabilitation.

All these combined incurred a great financial toll on her, not to mention that she has to take time out from work to take care of her son. She incurred a lot of debt. For the first time in years she failed to pay her amortizations.

Out of desperation she called me to ask for help, and gave her some mantras to recite which she said helped ease the burden a little, but not enough. She is totally worried for her son’s future, and she seems not to care about her own except that for the future of her sons. When she read about the Vajrapani Ruel, she decided to get one for herself. She actually got it the same that JS that I talked about on the post entitled THE VAJRAPANI RUEL STORIES (3): HOW A MAN GOT HIS LAND BACK AFTER A 20 – YEAR – OLD LEGAL BATTLE.

The Vajrapani Ruel looks simple, maybe even rustic, but this simple amulet is packed with a special talisman paper inside, with various ingredients, which includes Namtso Salt, soil, various herbs and plants, crystal, and a relic from a high lama. It’s important to put the ruel inside a amulet holder or something sturdy as to not ruin it. If the cloth had tear which exposes or spill the ingredients inside, the ruel becomes useless.

Just recently, EL called me up to share the good news. According to her, because of an accounting error, the company she worked for her failed to remit to her some of her commissions. Nobody noticed this, and she herself didn’t realize this. The accumulated unremitted amount is big enough for her to pay off her debts and have some extra. She totally attributes this blessing to the Vajrapani Ruel, because this happened about 2 weeks after she got the Vajrapani Ruel. She pointed out that the error was also accidentally discovered a day after she got the Vajrapani Ruel. Apparently, their accountant who has recently retired was preparing for the official turn – over when she discovered the mistake of her department. Well, what are coincidences but our mind’s way to explain a miracle, and EL firmly believes that what happened was the Vajrapani Ruel’s way of helping her!!!!