I also received some emails and questions as to what one can do if one really has to undergo a medical procedure this ghost month. I have written about this before and you can check it out by clicking here. However, please note to try to avoid this and if this is not possible, for major operations, or for medical procedure, which may be considered routine but involves senior citizens or children below 7 years of age, it is best to have the Vajrapani Ruel and/or a gold Kalachakra pendant. 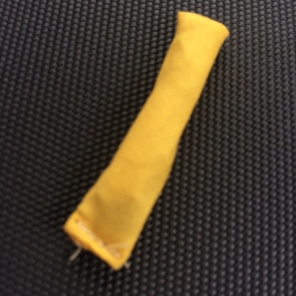 This is a Kalachakra pendant released by Lillian Too. I really love this pendant but find it too expensive. The Kalachakra Symbol is a powerful protection symbol. It is actually ten syllable mantra compressed into one symbol. The mantra is HO HAM KSHAMALA VARAYA HUM PHAT. However, it is usually chanted with OM AH HUM thus making the complete mantra as OM AH HUM HO HAM KSHAMALA VARAYA HUM PHAT. It is because off this that for the WISH FULFILLING AND BUDDHA’S BLESSING MANTRA PENDANT, I decided to put the symbolic script OM AH HUM on top of Kalachakra Symbol.

YOU MAY WISH TO READ THE FOLLOWING ALSO:

OR YOU CAN CLICK ON THE CATEGORY – KUWENTO TUNGKOL SA HUNGRY GHOST MONTH.

There is a very common belief amongst Filipino and Filipino – Chinese here in the Philippines that you should not have your picture taken in 3s because this will lead to the death of the person in the middle.

Is there truth to this? What started this belief?

For the first question, base on Buddhism, Taoism and Feng Shui beliefs there is absolutely no truth to this. Simply put this belief has no basis whatsoever.

So what started this belief? Well, I’m not sure but if I were to believe what my father’s Feng Shui consultant said when I was still a young boy, this belief started for mundane reasons.

According to him, this belief simply started out of jealousy. Normally the third person in the picture is the third wheel, somebody who doesn’t really belong with the couple and who wanted to be part of the picture. Since pictures are pretty expensive in those days, and some couples simply want their picture taken, to get rid of the third person they will say that one of the people in the picture will die. Then people started taking this as the truth and somehow it evolved to being the person in the middle.

Anyway, there is no truth to this belief.