I always tell my friends that prevention or cure is better than enhancing one’s positive Feng Shui luck. However, putting or wearing Feng Shui cures sometimes may create more harm if you’re not totally familiar with your Bazi chart. Full birth date and time should always be taken into consideration, on top of that, the Flying Star and house directions should also be taken into consideration.

However, there are some basic but effective protection and cures that can be used regardless of your birth date and house direction. 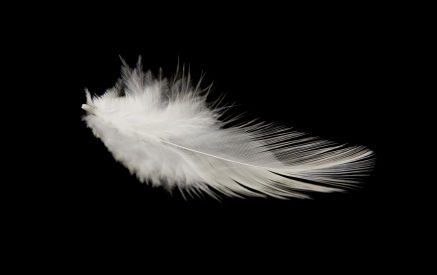 Hanging bird feathers on your door is one of the most effective Feng Shui protector and cure for minor problems and afflictions. It has the capability to drive away minor negative energies and deflect minor poison arrows. Try to get bird feathers that are colorful but note that a black colored feather doesn’t necessarily mean that its bad. It need not be a real bird feather, fake one will also do. If using a real one please make sure that the bird was not killed for this purpose.

A Piyao (also spelled or called  Pi Yao, Pi Xie, Pixie, Pi Xiu, Pixiu) is powerful protection charm also. I’ve written about this in an earlier post so I’ll won’t write much about it. If you want to know more about it, please click here.

4. IMAGE OF AN ELEPHANT

Putting an elephant with the blue rhinoceros makes this cure more powerful.

5. THE MONKEY GOD – SUN WUKONG KNOWN AS ‘THE GREAT SAGE, EQUAL OF HEAVEN’. 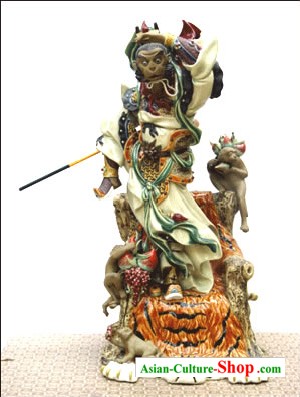 The image of the Monkey God – Sun Wukong is one of the most powerful tool to avoid and fight negative energies. You can put Sun Wukong in any part of your house except in the bedroom of married couple and the kitchen. Preferably though it should be place in your living room facing the door.

I personally can attest to its effectiveness because I’ve personally experienced Sun Wukong’s protection and blessing several times in my life. However, sharing my own story here might be bit a little self serving. However, I also know of somebody who firmly believes that his whole family was saved by Sun Wukong when fire struck their house at the middle of the night.

Allow me to briefly share the story with you but before that many of my readers know my devotion to Sun Wukong. My reverence, belief,  and devotion to ‘THE GREAT SAGE, EQUAL OF HEAVEN’ is so deep that I even designed a WEALTH AND MASTER PROTECTION PENDANT that has His image as the main feature of the pendant. Friends and family who wears the pendant swears by its effectivenes.

THE WEALTH AND MASTER PROTECTION PENDANT

However, before I became a devotee of Sun Wukong, I really don’t know anything about Him. But a friend introduced me to Him. This is the same friend whose story is what I’m about to share now.

My friend’s family has always been a devotee of Sun Wukong. However, an incident that happened several years ago strengthen this devotion, specially to the younger members of their family. My friend who lives with his parents at that time has several images of Sun Wukong in their. The ‘main image’ is on their altar in their living room. There’s another one in their home office and another one in the 2nd floor living room.

One night, while they were sleeping in separate bedrooms, they were all awaken by a loud knock on their doors and they all heard a voice who warned that their house is on fire. After this, they all heard a blast and the lights went out. Panicked, they all went out of their room, some of them carrying a flashlight, to investigate the matter. They soon found out that the fire is on the first floor of the house. My friend’s brother and father were the first one downstair and found out that the fire is within the home office. They both went in, but realized that they have nothing to kill the fire. Just when they were about to get out somebody handed them a fire extinguisher to which they killed off the fire.

When they were all already pacified they started to talk about what happened. They inquired as to who knocked on the door to warn them about the fire. This is when they realized that it seems that all of them were awoken at the same time, and all of them were awoken by that loud knock and warning. The weird part is his parents swears that they heard the warning in Chinese, my friend and his two other brothers swears that its in Filipino, their only sister seems to be the only person who is not sure whether he heard the warning in English, Chinese, or Filipino.

Furthermore, the eldest son knows that it was his father who handed him the fire extinguisher in the office, but the father can’t seem to be sure who handed him the fire extinguisher. He thought it was one of his other sons, but they’re all busy trying to attend to something. On top of that, their house help claims that they were also woken up the loud knock on their door and a voice in their local dialect warned them that there’s a fire. They all agreed that they were saved by God or by a God. They were just too happy to bother to find out exactly who, but recognized that they experienced Heaven’s blessing that night.

You can know more about Sun Wukong by reading my previous blog post – GETTING TO KNOW THE ‘GREAT SAGE, EQUAL OF HEAVEN’ THE MONKEY GOD CALLED SUN WUKONG.