In the first installment of the series called “Lessons From A Feng Shui Hoarder”, I talked about JM and how her friends tried to help her to do the right thing by encouraging her to get the Vajrapani Ruel amongst other amulets or Feng Shui charms so that she will straighten her life. As shared in that particular post, JM wanted to get powerful amulets to fulfill her heart’s desire. As encouraged by her friends, I will try to convince JM to get amulets that will help her straightened out her life. We made sure that we don’t lie to her, although we sometimes have to resort not directly contradicting her. As you can see, it all work out for the best, her boyfriend had the courage to end their relationship, and her husband still accepted her despite of the fact that JM claims that the baby she was carrying was that of her boyfriend. It was later proved that the boyfriend is sterile and that she was indeed still sleeping with her husband even she made it a point to tell all her friends that they have been living separately. She didn’t care whether she has 3 daughters, all she wanted was for her boyfriend to take her out of the country, and she is using her pregnancy to do just that. Unfortunately, that was the reason why she hoarded a lot of amulets, Feng Shui charms at that time. Primarily the Vajrapani Ruel.

As shown in that particular post, No amount of amulets, Feng Shui charms, or crystals can make your ‘evil’ or malicious wishes come true.

Today, allow me to share another part of the story of JM. As mentioned, JM’s friends were the one’s who contacted me because they want to help her. Since it was FSM who really knows me well, she was the one who contacted me and sort of worked with me to ensure that JM will have the right amulets so that she can straightened out her life. As shown in the first part of this post (LESSONS FROM A FENG SHUI HOARDER (1): ONE’S EVIL WISHES IS NOT MATCH TO THE POWER OF AMULETS!) by giving her the right amulets that she needs, no matter her heart wishes for something malicious, some would say evil, what really happened was really to her benefit. Now whether she will learn from it and use it for her own good is really up to her. But I believe that aside from the amulets that she got, she really owe it to her friends, especially to FSM that she didn’t had a broken family.

However, the sad truth is, aside from being thankful to her friends, when she was about to get into trouble in her company because diversion of funds for her personal use (this will be discuss more on the 3rd part of this series) she use FSM an escape goat. I won’t be able to go into details, but what JM failed to see here is that out of her selfishness and maybe bitterness because she didn’t get to go abroad with her boyfriend and make them believe that the baby she is carrying is that of his boyfriend, she suddenly turned against her friends, especially she was later told by FSM that some of the amulets are really for her to stop being physically and emotionally dependent on men other than her husband.

What she truly failed to see here is the kindness of her friends, and had she seen that kindness she would have also seen how much her friends could help her and even without amulets thru the help of her friends she can have better life. 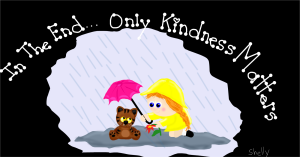 So you see the second lesson is learn to see and accept the kindness of other people, sometimes it’s all you need and not a powerful amulet. Furthermore, JM continuous to be a lonely person because she destroyed her relationship with the true friends that she ever had. No amount of amulets can get you true friends if you are not a friend also.