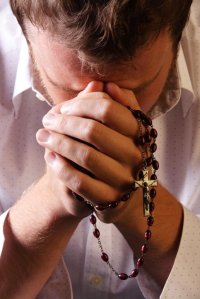 I am moving the story that I initially have written today to gave way to RP’s email. Some of you, especially my regular readers, might remember RP as the guy whose family have had the most number of wonderful Vajrapani Ruel Stories shared on this blog. If you wish to read his Vajrapani Ruel Stories, I’m attaching a link of those stories at the end of this post.

RP read my post the other day entitled – CAN YOU STILL PRAY TO YOUR CHRISTIAN GOD EVEN IF YOU USE FENG SHUI CHARMS AND AMULETS? – And he has decided to email me his thoughts about them. I think what he wrote was very well said and deserve to be shared.

Please note that this is the first time that I’m posting something on this blog that is almost totally written by a reader. I say almost only if you consider this introduction.

This is what RP has to say for Christians or Catholics who uses Feng Shui charms or amulets like the Vajrapani Ruel.

Good am JP! I would also like to share my comment on the above subject. When I started to have my Vajrapani Ruel, I was also hesitant to bring it with me on Sunday masses. But eventually, I realized that Vajrapani Ruel, based on your teachings, can be effective only if our intention of owning and using it, like any other amulet in the Buddhist Pantheon is for the GOOD and NOT for any evil intention for ourselves and others. In fact, the Vajrapani Ruel can only be made by the highest and most enlightened of the Buddhist Monks. You have also espoused that some have experienced the immediate favorable effect of the amulet because of their good karma. Karma is the equivalent of “What you sow, you shall reap” in Christianity.  What you do good to others, it shall come back to you a hundred fold.
Karma is likewise equivalent to the Golden Rule espoused by Christianity that is “Not doing unto others what you do not want others do unto you”. To state it the other way, we should do good to others so that they may also do good to us.
Based on the above, I fervently believe that since the Vajrapani Ruel will only be effective for people with good karma and good intentions, it does not therefore contradict with Christian teachings and values, so with other religion, but in fact complement with each other. With this realization, I have been wearing my Vajrapani Ruel every time I go to church to hear mass. Thank you. – RP

Thanks RP. I couldn’t have said it any better. I’m sure a lot of my Christian readers will find this enlightening.

By the way, before people wondered whether he did signed his email with the initials RP. Yes he did, in fact, he was the one who suggested that I use that initial for him.

RP’s Vajrapani Ruel Stories, or rather that of his family has been featured in the following posts: