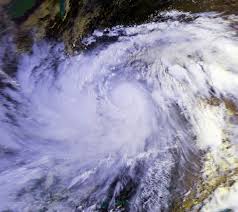 Super Typhoon Hagupit with local name Ruby was the year’s strongest typhoon anywhere on the planet. It is also the longest staying typhoon in the Philippines in the recorded history.
Right from the start, there has been several warning given by different weather forecasting bureau or agencies. The trajectory and the path vary, but they all agree on one thing, Hagupit is the year’s strongest typhoon of the world.
When it became apparent that Hagupit or Ruby as it is called here in the Philippines is not going to veer away from the Philippines, all the weather forecasting bureau sent out a warning that while it may not be as strong as Yolanda or Typhoon Haiyan, it definitely comes close to it and damage that it will bring is about is definitely going to be almost as bad.
This prompted the Catholic Church to issue to its followers to do an hourly Oratio Imperata (Prayer for Deliverance from Calamities), which was followed by some Buddhist temples to issue the required mantras and to conduct a 72 hours continues chanting of mantras and sutras.
The question is did these prayers and chanting of mantras and sutras worked? If you were to ask me, I think it’s a definite yes. One example is when they typhoon crossed the sea, it should definitely gain more strength, however, due to an unexpected cold front, it further weakened the typhoon. In fact, here in Manila, other than the cold weather and some rains, we hardly felt the typhoon. There is no denying that it still did wreak some havoc, however, the damaged would have been much worst if Hagupit / Ruby didn’t weaken. In fact, it significantly weaken that from Super Typhoon it became a Typhoon, to a Storm and then Tropical Depression.