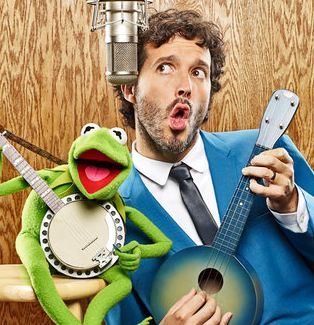 A friend called me the other day asking for help! She said that her day has started really bad and that half way thru the day it’s proving to be really bad. There has been a series of minor problems which taken as a whole is stressing her out. She’s asking as to what she can do.

Told her to get a rock salt and simply put it in her wallet or pocket. Apparently, she’s on the road and getting a rock salt will delay her to her next meeting and will only add to her stress, not to mention Metro Manila traffic is really bad and is stressing her.

Well, I told her to sing a happy song. Feel it and sing it!

Guess what, she called me again at the end of the day and told me that it worked. While she was tired the rest of the day has proven to be a good one. Some may say its coincidence? Maybe, but it wouldn’t hurt to do just that. At the very least, singing a happy song may make you feel better!!!

Barely 12 hours after I’ve written about THE FOUR DHARMAKAYA RELIC MANTRAS, which we made into an amulet to help feed monks, several people has since left a comment and emailed me to request for the amulet.

There are 2 people who are requesting for 15 pieces!

I decided to put THE FOUR DHARMAKAYA RELIC MANTRAS inside a test tube type glass holder that I bought in The Bead Shop, then I included the incense ash, Pink Himalayan Salt inside before sealing it. Thank you to DU, a reader and friend who took this photo.

Again, I’m a little overwhelmed and amazed as to how fast people respond to my blogs. But maybe I shouldn’t be surprise, right?

He then proceeded to tell me his experience about having a FOUR DHARMAKAYA RELIC MANTRAS that was blessed by a lama or a monk.

According to JG, he got his FOUR DHARMAKAYA RELIC MANTRAS at a time when he was really down. He was only 23 years old then and recently lost his father because of a heart attack. They were 3 in the family but so far he’s the only who has finished school so the running of the family business was put on his shoulder. However, since they’re well off and he’s still young, he never fore seen a future without his father, at least, not so soon. Also, he had lived a carefree life and never expected to run their business.

As expected with most stories like this, the business started to lose money, until one day their accountant told them that they might have to close down their business. What aggravated the problem was the fact that some of the funds were misappropriated by his father’s brother, his uncle, who helped in the business!!! Her mother wanted to help, but like most Chinese woman her age, at least at that time, women are mostly illiterate.

Out of depression, he went to a temple to ask for Kuan Yin’s help. He said he didn’t even notice that he was crying, until an elderly woman tapped his shoulder to ask whether she could help her. He cried out his heartaches to the elderly woman. The woman convince JG to go to the head monk of the temple, and told her even the monk sees that he’s deserving he’ll give him an amulet that may help him. The woman then told her that she got the same thing from the monk at a time that she’s not sure as to how her life is going to turn out.

JG hesitated but realized that he got nothing to lose. He approached the monk and asked for some blessing and told the monk his woes. The monk brought out a small yellow paper, blesses it, rolled it and gave it to him. It was JG’s very first FOUR DHARMAKAYA RELIC MANTRAS!

Well, he lost their business, but it’s not necessarily a bad thing, because he soon was able to get a good job, do what he like doing and after a few years he had his own business. He helped sent his siblings to school. They now has convenience in life.

JG said that he’s just happy that more people will now have access to THE FOUR DHARMAKAYA RELIC MANTRAS!

This part was updated Oct. 6, 2013 to include a link of the latest post about this series…